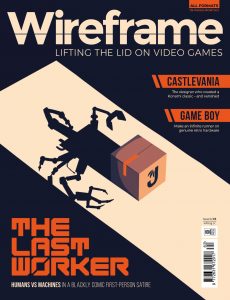 There’s a vein of nostalgia running through this month’s issue, whether it’s the golden age of Konami (see page 38) or our chat to the studios who’ve set their games in the 1980s (page 70). Video games and nostalgia have long been natural partners, perhaps because most of us discovered the medium at a young age – several generations have now grown up with the sights and sounds of the Atari2600, NES, Mega Drive, or later consoles ringing in their ears.
But just as doctors in the 17th century thought of nostalgia as a sickness, there’s a slightdanger of looking back at past eras of gaming through an overly romantic lens. Sure, there were some incredible games made in, say, the 1980s. Take it from someone (just about) old enough to have lived through that decade of games, though: it wasn’t all great. For every Gothic masterpiece like 1987’s Castlevania, there were dozens of terrible NES games – clunky things like Chubby Cherub, or the legendarily frustrating Deadly Towers.
If you had a ZX Spectrum, games were cheap but took ages to load from cassettes (unless you were one of those posh people with a disk drive). If you had a console, the games looked better but cost so much money you could probably only afford a handful per year. In other words, if you weren’t around for an earlier generation of gaming, don’t worry: you didn’t really miss out on much. People older than you played all the bilge so that you don’t have to. Just cut to the chase and check out Castlevania.
Enjoy the new issue!
Ryan Lambie
Editor