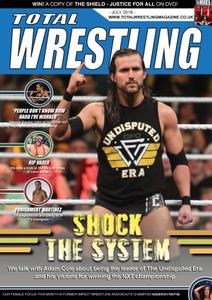 – We talk to Adam Cole about being the leader of The Undisputed Era and his visions for winning the NXT championship.

– RIP Vader, we take a look at the life and times of Leon White.

– Shayna Baszler talks about winning the NXT women’s championship and her transition from MMA to WWE.